During the older tax management, the packaged software sale had both service tax and VAT. The service tax rate was 15%, and the VAT rate in most of the states was 5%. The manufacturing of IT products also had excise duty levied on them.
Consider an instance –

A CD, DVD, or HDD came with three taxes applied to it – excise duty (tax or manufacturing), VAT (for the sale of a product), and Service Tax (for providing ‘Software as a Service’ as it is purchased or downloaded numerous times).

Several such complications and multiple taxation implementation were stopped after the introduction of GST.

Impact of GST on IT Sector

All small businesses (SMBs/SMEs) and large ones were in a hurry to update their ERP and accounting systems as per the new GST rules back then. This increased the costs of infrastructure and changed the business systems. Many large companies had set up teams with an expert from their GST software vendor to guide them on financial matters, especially in understanding and implementing GST.

The Benefit of Getting ITC

ITC is Input Tax Credit, which is credited in the trader’s account for compensating the collection of GST. There has been a significant number of addition in the costs of infrastructure and overheads, but ITC came as a relief.
Earlier, the traders who sell goods and paid VAT were not able to claim the service tax they spent on AMCs for manufacturing computers, software, and hardware. After GST, this cost-claiming became possible.
After redesigning the business software, the IT service providers adjusted their input taxes against each service provided. For instance, the VAT paid for office stores can now be adjusted against the provision of their services.
Also, the IT companies having their servers bear the high amount of fund expenditure for purchasing hardware and moreover, on maintenance or repair too. So, after the implementation of GST, the tax paid on these purposes was adjusted in return of the service tax and repairing of small parts.

The major hurdle was to change the IT systems that should be in sync with the views and rules of technology teams and tax experts. For every organization, it was vital to update and rebuild their ERP and accounting software as per the new rules of GST.

Hence, the companies were hurried in upgrading their ERP and accounting software to include the rules and tax slabs in the calculation of GST. Even now, there are specific issues faced in some GST software so the businesses can either upgrade their existing software or instead of using a general, standard software; they can use the specifically tailored GST software like GSTeFile. Now, with GSTeFile, anyone can file GST returns online.

Change in Taxability of New ERP

Any business needs ERP and accounting systems. They install these systems in batches as their implementation is carried out. The contract is long-term distributed over the years, in which the ERP professionals fathom the requirements of this business, create the software according to the needs, train the employees of that company, and do the maintenance of the software as and when needed. The payments regarding such contracts were also dispersed throughout the course of years, and the service tax was paid accordingly.
But, since GST came in, this process has become a periodically continuous supply and is taxed as per the new pattern.

Impact on Software Developers and Vendors

As GST was announced, the race of every FinTech company to build a GST software began then and there itself. GST has positively impacted these FinTech companies as they got a chance to spread over a considerable market PAN India. As every company was going to need GST return filing software and hence, this need gave a significant boost to all the software developers and the makers of GST software.

Export of IT Services 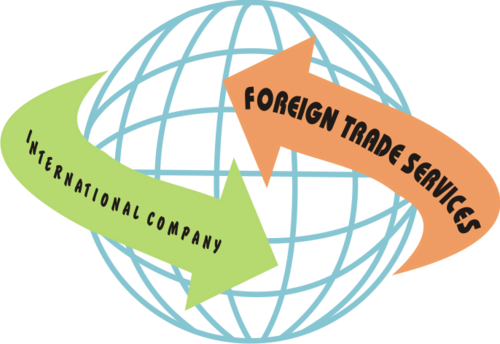 One essential trade of foreign exchange is the export of information technology, and India is the largest exporter of all IT services. If you are unaware, the exports are zero-rated, and the paid input taxes are refunded into the payer’s account.

The default law for export service (place of supply) is the service recipient’s location when the recipient’s address is accessible.

Therefore, the exporters should always consider that the address can be made available to the authorities if asked. Well, the typical ITES (Information Technology Enabled Services) that are applied the default rule are BPO operations, software development, software consultancy, and some more. This rule also applies to several other services such as software maintenance, support, and some intermediary services because there are no exceptions after GST implementation.

The freelancers who provide software designing and development services had to pay a service tax of 15% before GST implementation. But, after the implementation of GST, this rate got up to 18% for all services, if their payment goes above INR 20 Lakhs.

Earlier, there was some confusion between the bloggers about being taxable as per the GST norms and their registration because, before GST, they were not taxable. But, now many things are bright with several sources available.

Even though the tax rate under GST has gone up to 18%, but, the IT industry is reaping several benefits from GST. There is a tremendous boost in demand for the software. Some other aspects, like the ability to claim Input Tax Credit (ITC), have brought down the operational costs and hence, it has increased the complete effectiveness of the IT sector.

GSTeFile is here to help you so that you don’t need to face any complications while filing online GST returns. You have to follow the steps and stay hassle-free by using our online GST filing software.

GST, though a simple tax, yet it felt complicated to many people as it was new. Many people want GST billing software for GST eFiling. If you face issues and want a GST return filling software for shortening the tedious and time-consuming process, then you can use our GST Software. It is convenient and straightforward to do online GST filing for small and big businesses. We provide affordable GST return filing packages so that your GST eFiling journey becomes smooth and hassle-free.